SPOILER WARNING: This review discusses the plot and characters of the movie, and if you don’t want to have anything ruined for you, then stop reading now until you’ve caught the film.

Marvel Studios’ Black Widow, a standalone movie featuring Scarlett Johansson as the titular character, was meant to come out last year. The global pandemic put an end to those plans, thanks to lockdowns and mass closures of cinemas. The movie finally releases this week, on July 8, and we got a chance to watch the movie before it opened to the public.

As a long-time Marvel Comics fan, and by extension a big Marvel Cinematic Universe (MCU) nerd, I was cautiously optimistic about their first theatrical release since Spider-Man: Far From Home, which came out in mid-2019. While we have been treated to three Disney+ series in WandaVision, The Falcon and the Winter Soldier, and Loki, the feature films are a different experience – and Black Widow certainly had high expectations to live up to.

Let’s get this out of the way first: I found Black Widow to be an entertaining movie. It may have had something to do with it being the first movie I’d seen on the big screen since before last year’s Circuit Breaker, and the fact that I’m a giant MCU nerd.

Natasha Romanoff has the most mysterious background out of the ‘Original Six’ Avengers, and it was good to finally get a film that sheds light on her upbringing. To shed some light on her early years, the movie first takes us to Ohio in 1995, where it is revealed that Natasha was part of a Soviet spy team that was planted in America to pose as a regular family.

That family consisted of Natasha, a young girl named Yelena Belova, Russian super soldier Alexei Shostakov and one of the original Black Widows: Melina Vostokoff. After stealing secrets from the Americans and narrowly escaping to Cuba, it is revealed to the audience that none of them are related, and the two young girls are re-captured and sent to the ‘Red Room’, the clandestine organization responsible for creating and controlling Black Widows.

The relationship of that dysfunctional ‘family’ takes center stage in Black Widow, and much of the storytelling revolves around their unplanned reunion 21 years later. The rest of of Black Widow’s story takes place in 2016, during the aftermath of Captain America: Civil War, and follows Natasha as she attempts to finally close the book on her painful past.

In its best moments, the movie delivers on the tried and tested Marvel Studios formula that. It’s got the funny one-liners, well-casted side characters, and epic set pieces that we’ve all come to expect. That same formula does have its downsides as well, but I’ll discuss that later.

The movie does a good job of exploring themes that are darker in nature compared to most Marvel movies, such as mental and emotional abuse and the loss of innocence. By shedding light on the workings of the Red Room, we’re able to understand Natasha’s willingness to be a hero, and why she made the ultimate sacrifice in Avengers: Endgame.

While the movie is shown from Natasha’s perspective, I would say that the surprise star of the show is her younger ‘sister’ Yelena. Florence Pugh knocked it out of the park with her portrayal, and Yelena is the both the most tortured and the most sympathetic character in the film.

Pugh’s ability to show Yelena’s struggles, especially in regards to grappling with the fact that the only family she really ever knew was fake, added a lot of depth to the plot. I strongly believe that Black Widow would have been a dud without her and her on-screen dynamic with Johansson.

David Harbour, best known for his role in the Netflix series Stranger Things, did a pretty good job of providing the comic relief. His portrayal of a washed up Red Guardian, who was relegated to an icy jail after outliving his usefulness, made for some good moments of levity when paired with Yelena.

Being an MCU film, it’s impossible not to discuss the set-piece sequences, and Black Widow delivers these in spades. You get all of the action you’ve come to expect in the movie, and the mid-movie prison break scene is particularly memorable.

The Not So Great

The movie’s biggest weakness, like a number of other MCU titles, is its villains. General Dreykov, the cold-hearted mastermind behind the Red Room, is given little in the way of character development. We’re simply meant to accept that he’s an evil bastard, and we’re not treated to any actual explanation of what his motivations are. He falls into the same trap as S.W.O.R.D Director Tyler Hayward in WandaVision, and that was a missed opportunity.

The secondary villain, Taskmaster, falls more into the same boat as Kaecilius in Doctor Strange. As someone with the ability to mimic the fighting styles of anyone they see, it felt like a waste to see the character treated as nothing but a silent thug for most of the movie.

I have no issues with the surprise reveal of Taskmaster as Dreykov’s daughter, though I know the character originally as Tony Masters, the brash villain originally introduced in 1980. What I found more jarring was the lack of the banter that I’ve come to associate with the character.

In both cases, I don’t really find fault with the actor and actress’s portrayals, but place the responsibility on the writers.

I also felt that Melina’s sudden about-face in the second half of the movie felt rushed, especially considering that she had already chosen to betray Natasha and Yelena when they first arrived at her home. I find it hard to imagine that, after no contact for decades, Melina could have so easily been swayed to change sides. The other alternative theory could be that she’d been planning the betrayal for years, but that’s even less plausible.

Natasha Romanoff is one of my favourite characters from the MCU because of the fact that, like Clint Barton, she was a regular human trying to make a difference in a universe that included gods, aliens, titans, and magic.

I felt that Black Widow did a good job of humanising Natasha’s character more, and had plenty of fan service to people that have been following the MCU since Iron Man. It also helps set up the Hawkeye limited series, thanks to the post-credits scene, which also reveals that we’ll likely be seeing more of Yalena. As my clear favorite character in the movie, it was good to see her there.

My biggest gripe with the movie is that it feels like it should have come out in 2017. I think it would have had a much bigger impact on people’s perception of the Black Widow character if her solo story was told before the conclusion of the Infinity Saga. I already cared about Natasha a lot, but it would have added an even greater deal of sadness to her death scene in Endgame if we understood her background, her fake family, her relationship with Yelena and why those factors would have influenced her to sacrifice herself so that Clint could go back to his family.

Having existing knowledge of Natasha’s final fate also took a lot of tension out of the last set piece in Black Widow. It’s hard to feel a lot of fear for the protagonist when you know the true end of her story.

Nevertheless, I still enjoyed Black Widow as a standalone entry into the MCU. There are diehard fans that will definitely have gripes with a number of elements from the movie, but I found it to be an entertaining ride that helps give us a better understanding to one of the less-celebrated Avengers. 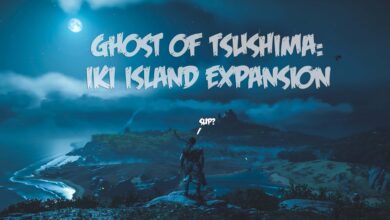 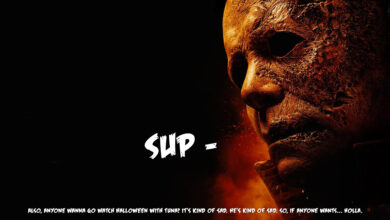 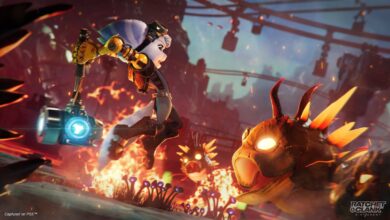