It feels like at least half of the AAA games that I buy, which can cost anywhere from $60-$90, end up being disappointments.

With all of the marketing and hype created by titles from big publishers, it feels like that some segments of the game industry have truly lost touch with reality.

The most famous example of hubris came in the much-maligned Cyberpunk 2077 launch, which provided us with all of the classic failures with false promises, outright lies, delays, missing features. The final product had a bright glossy veneer that did a terrible job of hiding that it was a soulless game.

I had been waiting to play Cyberpunk 2077 for more than half a decade, so it was a disappointment on an epic scale. Everything from what felt like rushed storylines, oblivious AI, non-existent NPC driving, and those special teleporting police officers made the game unenjoyable. I got about 40 hours in to try to give it a chance but I haven’t loaded the game in months, nor do I plan to do so any time soon.

Another big bust was Marvel’s Avengers, which was published by Square Enix and touted as the next big superhero game.

Launched as a live service game, the only thing that was remotely fun about that title was the short campaign that entered around Kamala Khan, or Ms. Marvel. If it weren’t for that story, which can be finished in one day, the entire game would have been a waste of time.

The endgame loot grind was unsatisfying, matchmaking was a nightmare, and load times for the PS4 version actually convinced me to never again buy a PS4 game when there was also a PC version.

While it wasn’t a bust, as much as I tried, I couldn’t get back into World of Warcraft again, and stopped playing the Shadowlands expansion in just over a month.

In all honesty, last year made me so jaded that I now assume that games that look like they’re spending way too much on marketing are going to come out as a steaming pile of crap.

That’s not to say that all titles from big publishers are bad. My pick for Game of the Year in 2020 would be Ghost of Tsushima, which was developed by Sucker Punch and published by Sony. The noticeable difference with that game, though, is that the marketing campaign for it was an exercise in minimalism. There were only a handful of trailers released, but it was a masterpiece. It was just so good that a lack of marketing didn’t hurt it, which is a rare exception.

2021 is the perfect time for indie games

I’ve never had extended periods of time where I focused on playing indie games, but 2021 ended up being a perfect year to get into them.

The ongoing pandemic, plus the bad taste left in my mouth by games like Cyberpunk 2077 and The Avengers made me far more open to trying new experiences.

Since that disappointing end to 2020, I’ve gone on off the deep end with indie games. Of the four games I’ve played most from January to April this year, there is only a single AAA title in the mix, which is COD: Warzone.

The other games, which I’ve definitely sunk more combined hours in than Warzone, are all indie hits.

The one I recently spent the most time on, of course, is Valheim. That damn game ate up over 160 hours of my life, and I’m not even mad about it. The mix of exploration, collaboration with friends, and just sheer fun factor helped me finally get interested in the survival genre.

The other game I’ve spent dozens of hours on is Hades, the action roguelite from Supergiant Games. While I often dislike titles in the roguelite genre, Hades was the perfect mix of well-crafted gameplay, intensely funny writing, and brilliant level and game design that allowed me to have fun and get sucked into the never-ending game loop.

I had heard of Hades being nominated for a lot of awards, but honestly only picked it up on a whim after seeing it on a slight discount.

The indie game that I’ve spent the most time with in 2021 is Rimworld, and nothing else comes close. That brilliant space cannibalism simulator is one of the very best titles I’ve ever played, and I still can’t even completely explain why.

It sounds so simple, on paper. You try to get a group of three colonists to thrive on a harsh planet, while also helping them research technology in the hopes that you can one day build a ship to take you back to the stars.

However, at its core, Rimworld is a game that allows you to create stories about all of your colonists, better known as pawns within the Rimworld community. The space for imagination is amazing if for no other reason than watching the insanity that takes place since you have limited direct control of the very colonists that you’re trying to help survive.

So what’s driving all of the love for indie games?

In such a chaotic time, indie games have given me back something special. They’ve helped me remember that gaming doesn’t always need fancy graphics, extensive cinematics, or famous voice actors.

Valheim, Rimworld, and Hades are such different games but they all have one thing in common: they suck you into the gameplay loops that are so much fun, causing you to lose hours at a time without realising it.

With Hades, the multiple weapon options and slow but sure growth in player power matches perfectly with the story, which still drip-feeds me new voice lines even after dozens of hours.

Valheim and Rimworld, on the other hand, are deeply appealing because they allow you to create your own stories because of the journey that your characters go through. With every death, and every disastrous result, one continues to get better at the game while creating lasting memories.

The fact that titles of this caliber are available for roughly $20 also provides a return on investment that few AAA games can match. Especially during a time where money can be tight, gamers have responded by showing that they appreciate affordable titles that provide more hours of entertainment than something put out by Activision, EA or CD Projekt Red.

I’ve been loathe to buy any of the bigger and more expensive titles this year, but rarely bat an eye when looking at indie titles. Right now, I’m messing around with Loop Hero, a no-frills game that puts you in the shoes of a hero who is trying to restore the world after an apocalypse. I’ve got 20 or so hours in that game so far, and will be playing a fair bit more in the near future.

Next up will be Narita Boy.

In years past, I probably would have bought something like Outriders on release. It had the promise to be a fun co-op looter shooter, but I decided against it spending $82.50 on it. As expected, the live service title ended up being plagued with server issues, bugs that could erase hours of progress, and other problems.

For now, I think I’d rather give my money to smaller developers who are finding new ways to keep us entertained. Us gamers have a responsibility to speak with our wallets, and helping small studios with big dreams and the guts to try something new should always be encouraged. 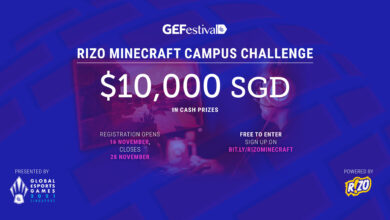 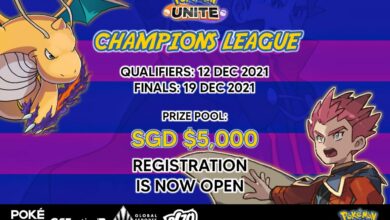 Join Pokemon Unite’s first Champions League for a shot at $5,000