It’s more than halfway through Phase 2 HA (Heightened Alert) here in Singapore. For you guys not on this little island, it basically means a partial lockdown for 4 weeks with no dining in, working from home, etc. You can still go out in pairs but advised to just stay the f**k home.

Perfect time to get some gaming in, right?

Just like last year when the pandemic started and we were all stuck at home, I planned to go through my list of shame – the games I’ve bought/got that I’ve sworn multiple times to finish.

Not happening. Worse though as I only play on only ONE. SINGLE. PLATFORM. which is my PS4. The list has grown considerably long, including top-tier action/adventure games, the main genre of choice for my gaming experiences.

Fine, I do play sports games a lot but they’re not the same as “completing a game”. Leading the Baltimore Ravens to another Super Bowl in Madden is not the same as beating Ludwig the Holy Blade in Bloodborne.

I remember telling a friend back in the late 2000s (we were pushing 30 by then yet still fervently playing and completing games) how our generation onwards, people would still be gamers late into our twilight years. With technology advancing as it is, we’d be exploring these virtual worlds and stories even when our physical capabilities start failing us. That didn’t come true. Sorta.

Maybe it’s a reason so cliched that I refuse to acknowledge – life happened. Work, family, spawn, responsibilities, etc. We’re at the age where we can buy (and we do) more games than we have the time to play them. But some still, despite pushing 40 and beyond, manage to play and complete games.

Is it just me?

Maybe. My list of shame goes back to the previous generation, though it’s just a handful of important, must-play titles. These include classic PS3 exclusives and ones in some series which I love immensely.

My PS4 list is ridiculously long. It has way more titles thanks to the free games we get from PS Plus as well. And all the games I bought through the Playstation Store whenever it has good deals, in addition to some physical copies I picked up in random stores or via Amazon.

I’m basically just a collector now for titles I like, never having the time or commitment to play/complete them. Have I finally turned into someone I never thought I would become? Someone who doesn’t play video games? A non… (gasp) … geek?

That’s a tad too overly dramatic.

I think it’s also due to the fact that we’re spoilt for choice when it comes to entertainment these days. The amount of quality geek movies and TV shows available to us is unheard of back in the 2000s. I still finish some stellar TV shows like Harley Quinn and other must-watch movies, when I have time.

And I still haven’t counted the number of graphic novels and books I still do enjoy. I still buy physical copies because I am old and I love keeping physical books in my collection.

There’s the fact that as someone who dabbles in multiple creative processes, I could be immersed in something like taking pictures of my newest action figure or recording random voiceover scripts. Add that with passion projects and fun shoots, so you tell me how one hapless old gamer can find time.

But it won’t be today, since I have to finish this article and the NBA Playoffs are happening and you know how you NEED to play 2K21 along with the real-life matchups, right? And then there’s Loki coming out, some Bad Batch episodes to catch up on, and the kid’s having his Godzilla phase and wants to watch the movies again with me.

*I still try to complete games and have finished The Last Of Us II and The Ghost Of Tsushima (platinum-ed!), okay? I also managed to platinum Blooodborne albeit late by 6 years. Why am I saying all this? Gotta keep my nerd/geek-cred up. 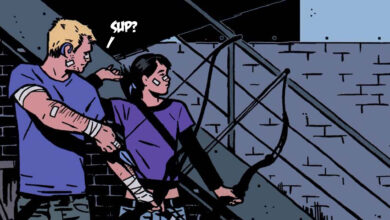 Get To Know Hawkguy!

Kage The Steed (Of The Apocalypse) 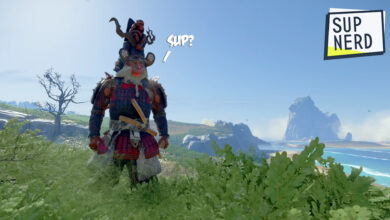